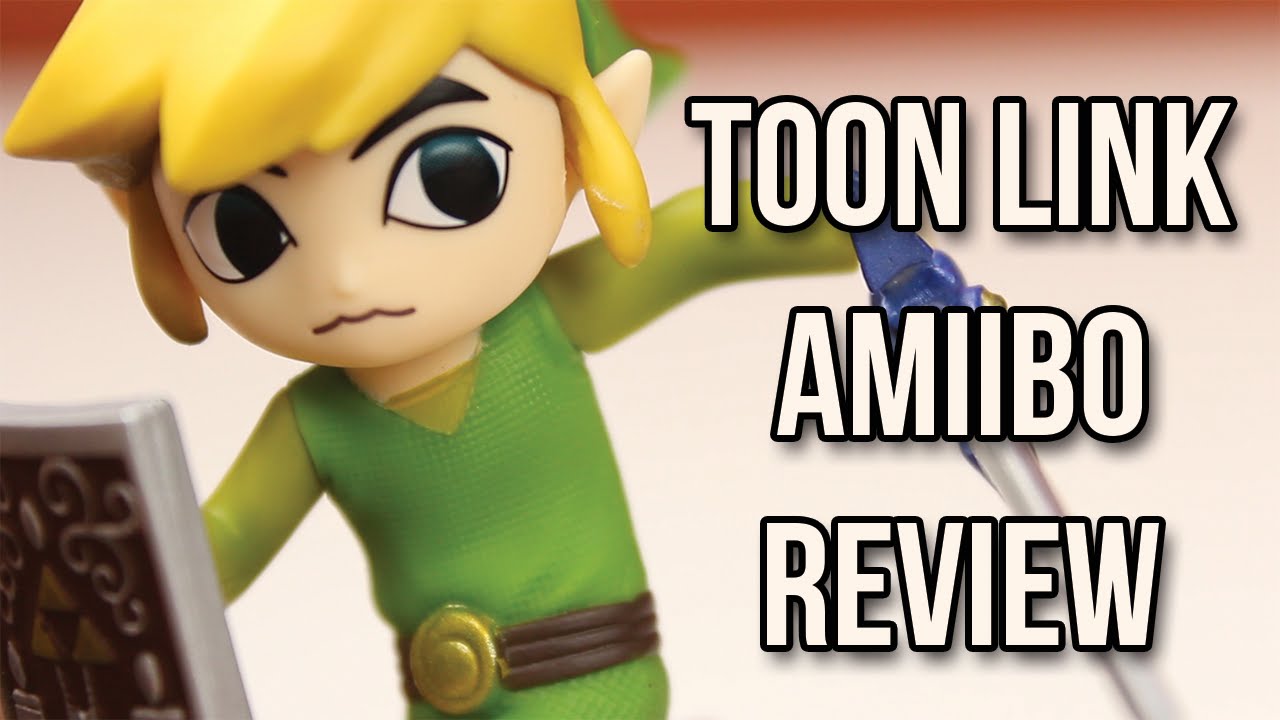 When Nintendo first unveiled the dramatically redesigned Link for “The Legend of Zelda: The Wind Waker”, I think more foul language directed at Nintendo came out of my mouth than at any other event in Nintendo history. But once Wind Waker was in my hands and Toon Link began to appear in other games, he started to grow on me. And now–the Amiibo Toon Link figure is available for order and is also in my hands! Is he worth your fourteen dollars?

The Hero of Time has arrived! I never would have imagined ten years ago that Wind Waker Link toys and figures would be available at mass release, but thanks to the popularity of Toon Link in later Zelda video games and the Super Smash Bros. series, Toon Link is finally becoming a household name with figures arriving in stores across the country!

As one of the characters available at startup in Super Smash Bros. Wii U and 3DS–as well as being one of Nintendo’s biggest-name characters–Toon Link is definitely worthy of being in one of the first few waves of Amiibo figures.

I feared Toon Link might be pushed back for a much later series after Amiibo Link appeared in Wave 1, but Toon Link fans can now bask in the glory of Amiibo Wave 3 Toon Link, just two months after regular Link!

Wave 3 Amiibo Toon Link ReleasedThe Toon Link Amiibo figure turns out to be one of the most action-oriented figures thus far, with Cartoon Link poses running into battle, armed with his sword and shield.

Toon Link Nintendo Amiibo Packaging BackThe sculpting here is top-notch, as the figure more accurately captures the look and feel of the Wind Waker-style Link than any other Toon Link figures that have been released in America. Toon Link literally looks like he’s leapt straight out of Super Smash Bros. Wii U!

Nintendo Amiibo Link Toon Figurine ShieldThough it’s tough to see in photos, the Amiibo Wave 3 Toon Link figurine has an intricate quilted texture on his tunic, as well as fully-sculpted designs on his shield. Even the paint used on the shield is a nice glossy silver, so it really looks like steel!

Nintendo Amiibo Toon Link Figure Back Sword SheathPerhaps the most impressive details on the figure, however, are the intricate designs on Toon Link’s sword sheath. Truly masterful work here by Nintendo!

Ordinarily I find some minor paint defect to complain about on the Nintendo Amiibo figures, but the Toon Link Amiibo figure has been painted expertly.

Amiibo Wave 3 Toon Link Figure Master SwordMaybe a little bit more deco could have been added to Link’s sword, but otherwise I have no complaints at all. If the quality control on all of Nintendo Amiibos Wave 3 is this good, I will be a happy man.

Nintendo Toon Link Amiibo FigurineOverall: Though he’s not necessarily everyone’s favorite version of Link, the Amiibo Wave 3 Toon Link figure is an all-around outstanding entry in the line of Nintendo Amiibos. With an energetic, dynamic pose and masterful paint apps, this Toon Link Amiibo figurine is a well-done toy and a must-have for Legend of Zelda fans that are open to the less-realistic take on Zelda characters. Highly recommended.

I’ll be continuing to in-depth review Nintendo Amiibo Wave 3 and post photos of each figure as I get them, so be sure to ‘Like’ Nintendo Amiibos on Facebook if you want news and photos sent right to your Facebook Newsfeed!