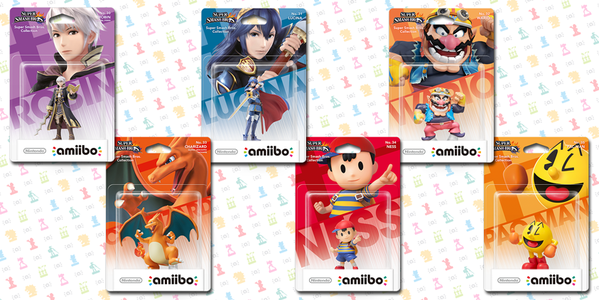 We haven’t gotten a speck of new Nintendo Amiibo news from Nintendo in months, so we went into today’s Nintendo Direct with high hopes and lofty expectations. And Nintendo fulfilled those hopes with the Nintendo Amiibo Series 4 lineup of Super Smash Bros. figures! Coming this spring to our collections: Nintendo Amiibo Charizard, Ness, Pac-Man, Wario, Robin and Lucena figures!

The following six figures will be released as part of Nintendo Amiibo Wave 4:

With just a quick glance at this list, I think we can all see that the characters most likely to be short-packed in this series are Robin, Lucena and Ness. Maybe Nintendo will throw us a curveball and not make the Ness Amiibo figure difficult to find due to his appearances in every Super Smash Bros. game, but I wouldn’t bet on it.

Meanwhile, Lucena and Robin are still relatively unknown in North America, so Nintendo would (rightfully) be crazy to produce them in the same numbers as a headliner character such as Charizard. Hopefully they aren’t an under-produced as the first batch of Marth Amiibo figures were in the United States, though.

Pre-orders for Nintendo Amiibo Wave 4 should be open in the very near future (and will probably sell out shortly thereafter, if past series are any indication). Nintendo has not announced any official release date for the Super Smash Bros. Amiibo Series 4 figures yet beyond the amorphous descriptor of “Spring”, but we can probably safely assume that this set won’t hit until March 2015 at the absolute earlier (what with Amiibo Wave 3 scheduled for release in February 2015 and all). 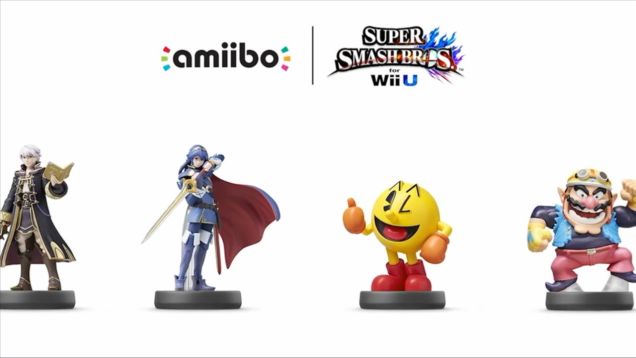 How do you feel about this fourth series of Super Smash Bros Amiibo figures, Nintendo fans? Are the characters you’ve been hoping for represented, or are you still holding your breath for other favorites (like Duck Hunt and R.O.B.)?