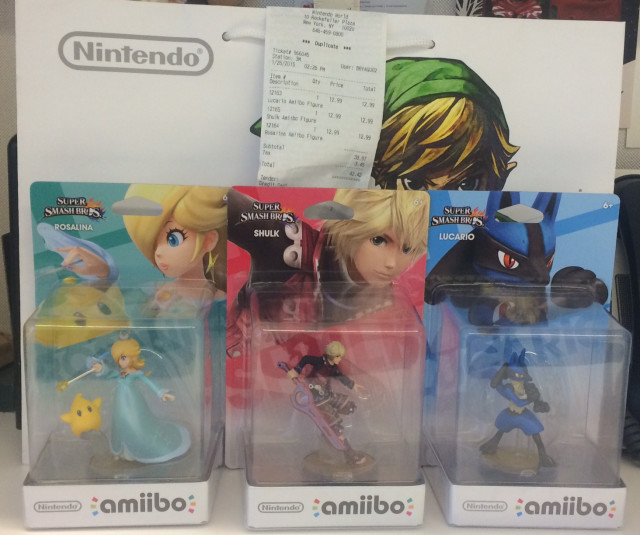 Ever since it was announced that Nintendo Amiibo Wave 3 would include four retailer exclusive Amiibo figures (Rosalina & Luma, Shulk, Lucario and Meta Knight), I’ve had my suspicions that the “exclusive” tag meant that only one second-party retail chain would carry each of the figures, whereas Nintendo themselves would be able to carry all of them. Today, my suspicions were confirmed: despite the blizzard in New York City, the Nintendo World Store has now released the Amiibo Shulk, Lucario and Rosalina & Luma figures for sale!

I’m a pretty huge LEGO collector (in fact, I write one of he highest-visited LEGO news sites on the internet), so I’m very familiar with how exclusives work. Basically, LEGO releases dozens of retailer exclusive sets each yet, all of which are available at one exclusive retail chain–as well as being available at the online and phyiscal LEGO Stores.

When a manufacturer has their own retail outlets, the rules of exclusivity do not typically apply to them. From LEGO to McFarlane Toys to Mattel, I’ve seen this repeated over and over again during my lifetime as a collector. So when it was reported on CheapAssGamer today that the NYC Nintendo World Store had received shipments of the Rosalina & Luma, Shulk and Lucario Amiibos, I didn’t even raise an eyebrow. But while this isn’t a shocker for me, I know it is a surprise to gamers who aren’t usually toy collectors. 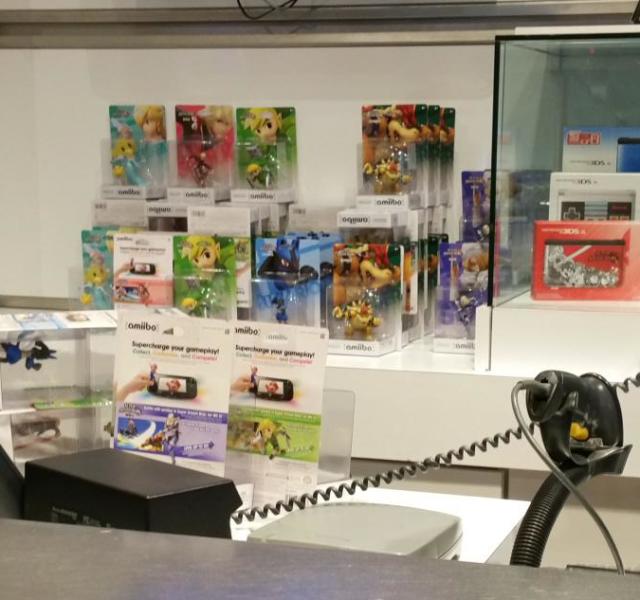 In all likelihood, the Nintendo World Store will probably continue to receive regular shipments of these figures in the same quantities as they do other “uncommon” Amiibo figures. I’ve heard some speculation that the Meta Knight Amiibo will be the rarest one since the Nintendo World Store doesn’t have him yet, but I think that’s baseless speculation–I have a feeling Meta Knight is simply lagging behind in shipments of Amiibo Wave 3, just as the Mega Man and Sonic Amiibo figures are. 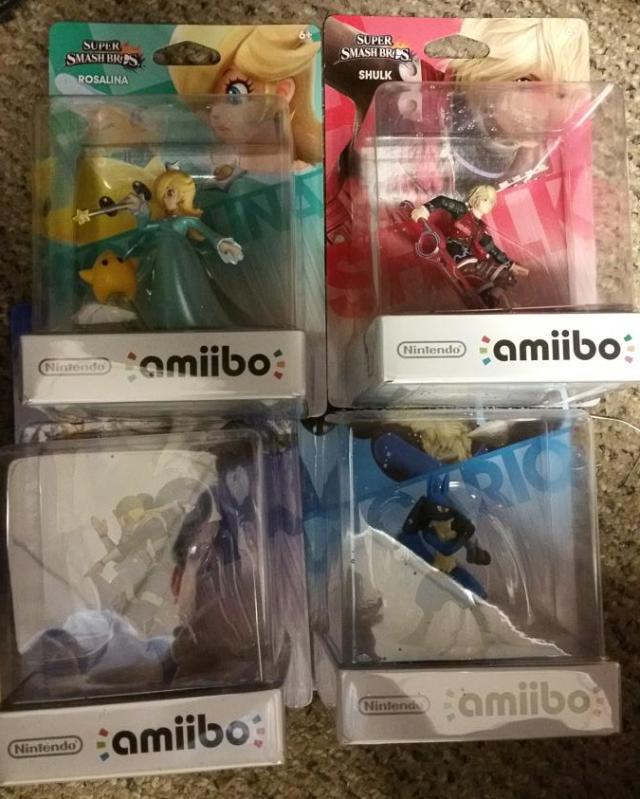 For those in or near New York City, I expect that you’ll have a pretty fair opportunity of snagging these Amiibo exclusives this week and much of next month (almost certainly including the Amiibo Meta Knight once he arrives). I’ll continue posting updates as more sightings occur of the Wave 3 Amiibos, and you can ‘Like’ Nintendo Amiibos on Facebook to have news and photos beamed right to your Facebook Newsfeed!

How do you feel about the store exclusive Amiibo figures being available at the Nintendo World Store, Amiibo collectors? Do you feel cheated that the figures aren’t as exclusive as you thought, or glad that there will be at least one other retailer selling each chain’s Amiibo exclusive?