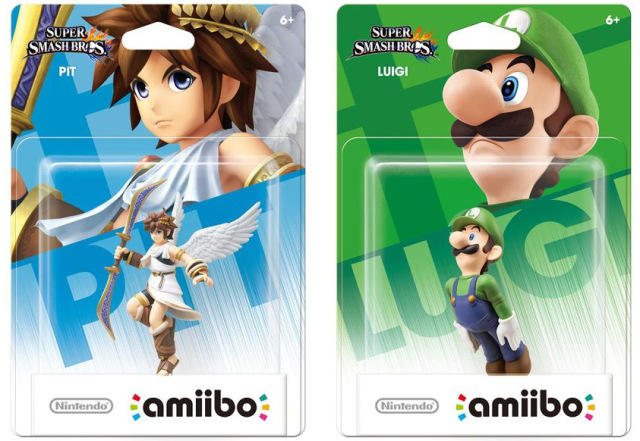 If you’re caught the incurable Nintendo Amiibo collecting bug (like I have), you’ve probably been counting down the days until you can race out to stores and snatch the Wave 2 Amiibo figures on 12/14/2014. Well, it seems the wave is coming out both early… and late! While three of the Amiibo Wave 2 figures have already been released early in some stores, the release date of the other half of the wave has been delayed to an unspecified date…

Nintendo Amiibo Pit and Luigi Figures Packaged Wave 2When I found the Amiibo Diddy Kong and Little Mac figures in stores earlier this week–ahead of the originally advertised December 14th release date–I thought that Christmas has come early. Well, as it turns out, it may actually be Christmas (or later) before the second half of the Amiibo Series 2 figures actually arrive in stores.

Amiibo Zelda Figure Released in StoresAs of this weekend, no retailers in the United States have received their allocations of the Amiibo Captain Falcon, Pit and Luigi figures. While Zelda, Diddy Kong and Little Mac have begun appearing in stores across the country, their counterparts are nowhere to be found.

Reportedly, the Series 2 Amiibo Pit, Luigi and Captain Falcon figures have suffered a shipping delay and are now not scheduled to arrive until an unspecified date later on in December 2014. With Christmas only a week and a half away, it seems very possible now that Kid Icarus and company won’t be making it in time for the holidays this year.

Amiibo Captain Falcon Figure PackagedI’ll post an update when we hear word of when the remainder of the Nintendo Amiibo Wave 2 figures will be released, and you can ‘Like’ NintendoAmiibos on Facebook to have news beamed right to your Facebook Newsfeed.

Are you disappointed that half of the Wave 2 Amiibos have been delayed, Nintendo collectors? Or are you grateful for the chance to take a break and catch up before the next trio of Amiibo figurines arrive?