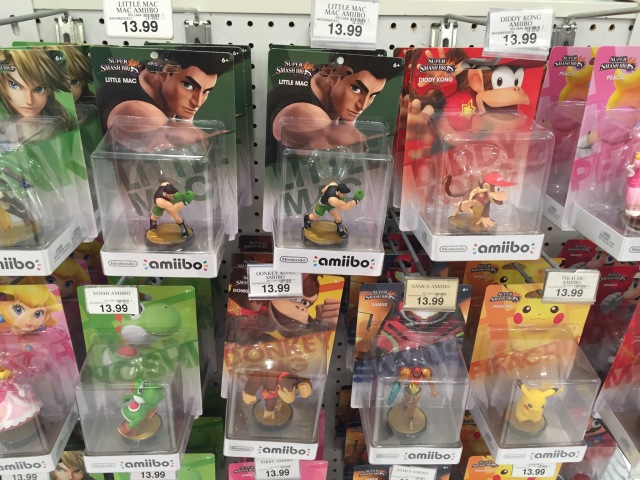 Retail stores tend to be pretty stringent about upholding video game release dates, as video game companies are very strict about games not getting out early. But perhaps stores are allowed to be a little more loose with the Nintendo Amiibo figures, because even though Nintendo Amiibos Wave 2 isn’t due to be released until 12/14/2014, some of the wave 2 Amiibo figures like Diddy Kong and Little Mac have already been released…

I went strolling into Toys R Us this week in my fruitless quest for an Amiibo Wii Fit Trainer figure, but then I almost had to pick my jaw up off the floor when I found an entire display full of Nintendo Amiibos figures on an endcap in front of the checkout lanes–including the Amiibo Little Mac and Diddy Kong figures that aren’t scheduled to be released until December 14th! 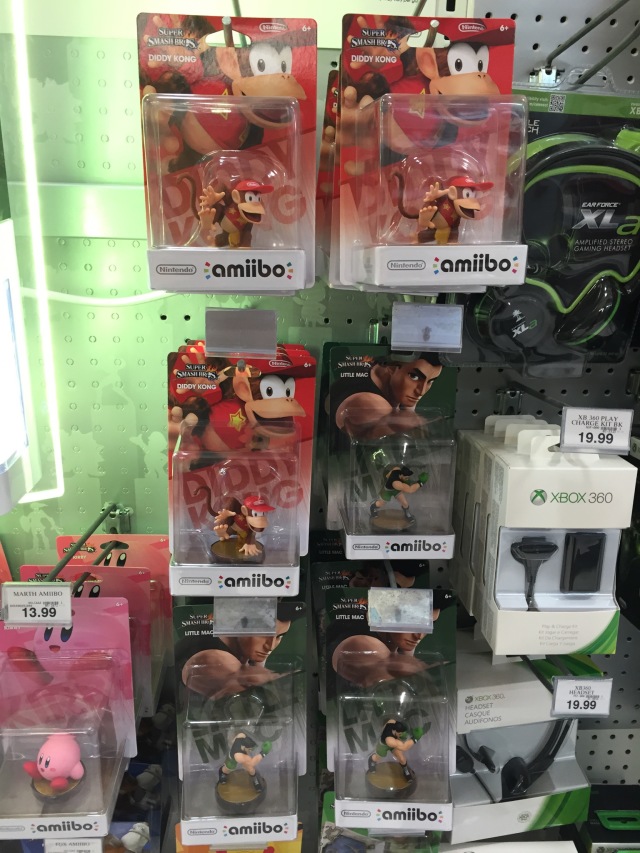 Seeing that there were more than a half dozen of both characters in the display, I decided to head back and see what was in the video game section. And while none of the other Amiibo Wave 2 figures such as Captain Falcon or Pit were present, I did find over a dozen more of each of Little Mac and Diddy Kong. 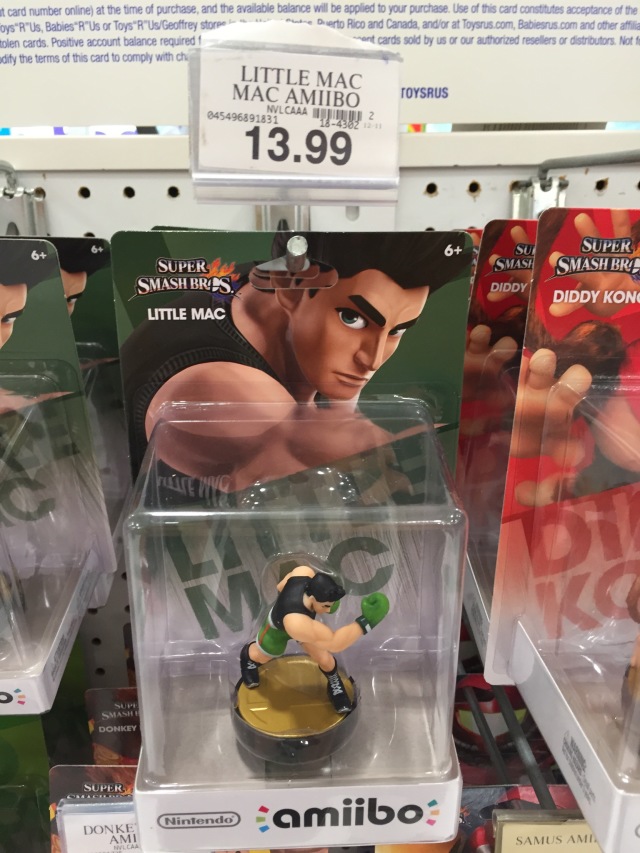 The Little Mac Amiibo is one of the figures expected to have a smaller production run than the Nintendo mainstays out thus far, so I went ahead and snapped him up. Since Aniibos were BOGO 40% Off at the store, I also decided to pick up the Diddy Kong Amiibo. 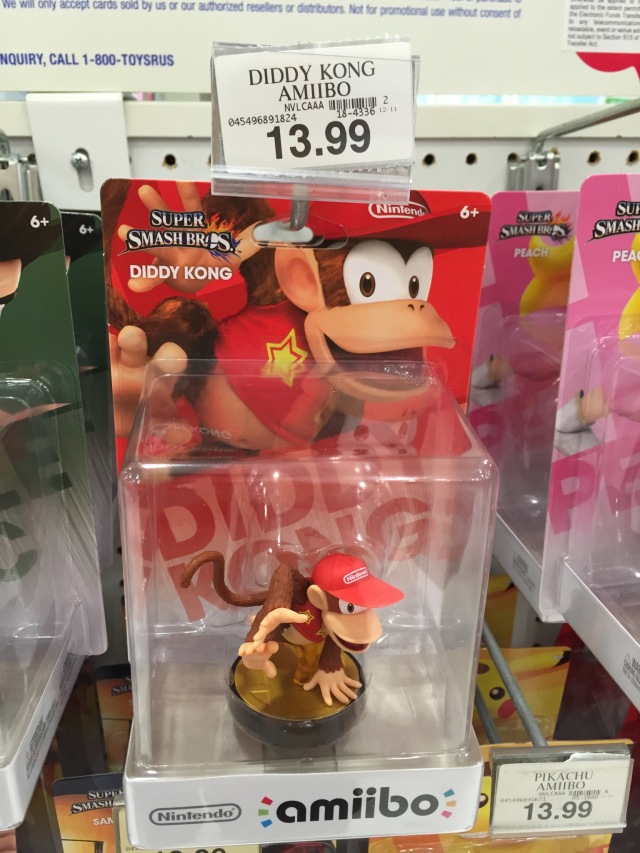 Have any of you found the Amiibo Series 2 figures early in your local stores, Nintendo fans?